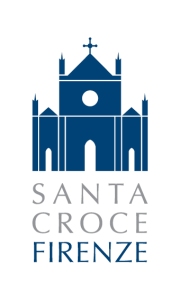 The Basilica of Santa Croce in Florence

Insiders Guide through the "Temple of the Greats"

The Church of Santa Croce is home to some of the greatest treasures of the Italian Renaissance, and in particular that of the sculptor Donatello. Born in 1386, Donato di Niccolo di Betto Bardi (given the name “Donatello”) was a native Florentine and the son of a respected wool craftsman. His talent was recognized at a young age, and in 1403 he apprenticed in the workshop of metalsmith and sculptor Lorenzo Ghiberti. Throughout his life he maintained a close relationship with Filippo Brunelleschi, with whom he traveled to Rome around 1407 to study classical art. The experience of the ruins of classical Rome had a profound effect on Donatello, and subsequently all other artists of 15th century Florence. As his art matures, Donatello moves away from the Gothic style to reintroduce elements of classical sculpture.  Among his concerns was the revival of Humanism, dramatizing his figures and using emotion as a provocative element from which to realize a higher form of art. Santa Croce is home to three of his monumental works: St. Louis of Toulouse, the Annunciation, and his Crucifix. A study of these works reveals how Donatello experiments with sculpture as a means to envelope Humanism in artistic philosophy.

The gilded bronze statue of St. Louis of Toulouse was finished in 1425 for Orsanmichele, an important church and frequented public space in 15th century Florence. Fifty years after its completion, the statue of St. Louis was taken from its niche in Orsanmichele and given to the Franciscan friars at the Church of Santa Croce. Even in the absence of a narrative, Donatello tells the story of a humble friar, who, having advocated his Angevin throne, desired the life of a devout Franciscan and bishop-saint. Louis wears the sandals of a Franciscan friar, which are partially tucked under the hem of his luxurious cloak. Some details of the sculpture are a direct response to classical art. In particular, the intricate and naturalistic folds of tunic are taken directly from observation of Greek and Roman works. St. Louis’ gesture of blessing is also of interest, for it echoes the gestures of classical sculptures of the orator. References to the art of the ancients were a vehicle for combining humanism and sculpture, and Donatello dives further into this concept as his art develops.

The Annunciation was one of the most heavily worked themes of early Renaissance artists. Carved in high relief on gilded stone, Donatello’s version is a stark contrast to its contemporaries. The Annunciation is an effective example of the introduction of classical principles during an age where Gothic influence prevailed. The folds of the drapery, which suggest the form of the body underneath, are a nod to classical art. The setting of the work is rich in classical iconography: the gold-gilded pilasters and podium bearing classical motif are evidence to this. The greatest of Donatello’s achievements in this work is its strong realism and compelling psychological narrative. The Virgin, startled by the angel Gabriel, looks as if she is fleeing from the frame. Yet her face maintains a humble reverence and exquisite grace. It is a complex emotional reaction, and one that Donatello captures with great sincerity. Mary holds a book, still open in her hands that she must have been reading before being interrupted. It is a private, human moment in which Mary is not portrayed as Divine but as an ordinary woman receiving extraordinary news.

The wooden crucifix in the church of Santa Croce is Donatello at his finest. The bearded face of the dead Christ, with his tanned skin and ropey musculature, makes him incredibly true to life. This is an enormous step in realism, a far cry from the sweet, perfected faces of Christ done by other artists. Christ’s face is sorrowfully compelling, and so life-like that (according to Vasari) the artist Brunelleschi accused Donatello of having crucified a peasant. What makes this work so extraordinary is Donatello’s willingness to forgo what would have been considered a beautiful or successful work of art in favor of a more realistic figure.

This experimentation in humanism is what ultimately led to the creation of Donatello’s David, the first freestanding nude since antiquity. The emotional and provocative qualities of his work made Donatello unique among his contemporaries. The church of Santa Croce is home to some of the artist’s most important works (namely, the works previously discussed), and works which display the wide range of mediums and styles in which he experimented. Donatello was a keen observer of the human experience, these works being revealing of what his has found.

One thought on “Donatello’s Masterpieces in Santa Croce”